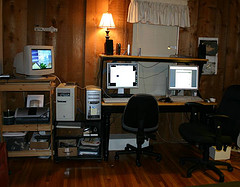 What you do in the privacy of your home may not be so private when it comes to the internet. With the internet making information readily accessible, prosecuting cyber and computer crimes has been pushed to the forefront of the U.S. Attorney’s agenda. Recently, U.S. Attorney General Eric Holder made news when he announced that 72 two defendants will be prosecuted in the most expansive possession of child pornography case in U.S. history. U.S. officials used the name Operation Delego to investigate a vast international online community that was allegedly trading graphic images and videos of adults sexually abusing children.