In 1994, four young women in San Antonio, Texas were accused of sexually assaulting two sisters who were aged 7 and 9 years old at the time. All four women were convicted of aggravated sexual assault of a child and indecency with a child. Three women were sentenced to 15 year in the Texas Department of Criminal Justice, while the girls’ aunt received a 37.5 year sentence. One of the girls (now 25 years old) has recanted her story and has declared that the crime never happened.

In the summer of 1994, the two sisters were staying with their aunt, Elizabeth Ramirez, in San Antonio, Texas. Two months later Ramirez was shocked to learn that her nieces had told their father that Ramirez and three other women sexually assaulted them and their friends. Ramirez, Kristie Mayhugh, Cassandra Rivera, and Anna Vasquez have stated over and over again that they are innocent. All four women refused to take plea bargains. Ramirez was tried in 1997, while Mayhugh, Rivera, and Vasquez were tried together in 1998.
The trials themselves were a witch hunt full of junk science and homophobia. In the 1980s and 1990s the United States was gripped by a rash of claims sexual abuse and satanic rituals performed on children. All across the country people were accused of horrific acts against minors. Many were convicted on nothing more than the testimony of the alleged young victims. Over the years, it has been proved that many of the accusations were false and many innocent people paid for crimes they never committed.

All four women in this case are lesbians. In the trials of Ramirez and her friends, the prosecution fed into the false stereotype of homosexuals as sexual deviants. Anti-gay views of the jury at the Ramirez trial were made clear by the foreman, a minister, who stated that homosexuality was a sin. Despite the lack of any physical evidence, the Bexar County District Attorney’s Office who prosecuted the case painted these young women as monsters to the jury.

END_OF_DOCUMENT_TOKEN_TO_BE_REPLACED

After Anselmo Rodriguez was found guilty of sexual abuse on two young sisters by a jury in the 186th State District Court in San Antonio, Texas the convicted sex offender Anselmo Rodriguez, 31, who was facing a minimum of 25 years in prison was allowed to leave court that evening and sentencing would begin the following morning. But, Rodriguez skipped out on his bond and cut off his ankle monitoring bracelet on Monday, July 23. The next day the same jury decided in less than 15 minutes to sentence him to life in prison without the possibility of parole. On Tuesday, Judge Maria Herr read the sentence without Rodriguez present in the courtroom. Both Defense Attorney Libby Wiedermann and Prosecutor Catherine Hayes were in attendance.

Following the verdict on that Monday, Rodriguez was allowed to leave the courthouse. Normally a judge revoked a defendant’s bond once they are convicted, however for unknown reasons Judge Herr failed to do so and the Assistant Bexar County District Attorney failed to request that his bond be revoked. Less than an hour after he reached his house the Bexar County’s Pre-Trial House Arrest Program, the company that maintains the bracelets, was notified that a tamper alert was activated. A search of his house revealed that Rodriguez had fled, but the bracelet that he cut off was recovered. A warrant was issued and a task force was put in charge of finding and apprehending the fugitive. The manhunt has been widened to include all of Texas and Mexico.
END_OF_DOCUMENT_TOKEN_TO_BE_REPLACED

After 85 years, the federal definition of rape is being updated. On December 6, 2011, a Federal Bureau of Investigation advisory board voted to expand the definition and Director Robert Mueller accepted the recommendation. The former definition was established in 1927 and can be found under the FBI’s Uniform Crime Report. The old definition stated that rape was “The carnal knowledge of a female forcibly and against her will.” The old definition excluded oral and anal penetration, the rape of males, the penetration of the vagina or anus with an object or body part other than the penis, the rape of females by females, the rape of children, and non-forcible rape.

The new federal definition of rape can be found on the FBI Uniform Crime Report website. Society has long acknowledged that rape can happen to women, men, and children. The new definition takes out the word “forcible” and includes men and children. It expands to include any nonconsensual penetration, regardless of the gender of the attacker or the victim. It also includes those who are mentally or physically incapable of giving consent.

The women’s rights community has claimed this as a victory for victims of sexual violence. Vice President Joe Biden, who authored the Violence Against Women Act when he was a senator stated that victims have suffered long enough.

Even though 84,767 rapes were reported in 2010, many experts claim that the sexual assault numbers are too low. The underreporting of rape affects the federal funding for resources. The Centers for Disease Control and Prevention report that 1-in-71 men and 1-in-5 women will be raped in their lifetime. For expanded information on sexual violence, refer to the CDC website .
END_OF_DOCUMENT_TOKEN_TO_BE_REPLACED 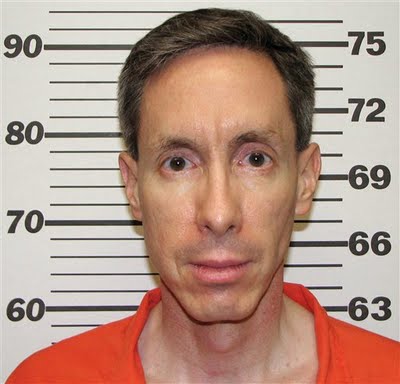 According to prison officials, calls Jeffs made out to people on his approved call list were put on a speaker by the person who received the call so he could preach to members of his church. Putting a phone call on speaker violates the rules of the Offender Telephone System. It is believed that Jeffs violated the phone rules several times, with at least two violations on Christmas Day. While the rules do not bar an offender from preaching from prison, officials state that an offender is not to talk to a group – they are limited to speaking to the one individual who is approved to receive the phone call.

According to the Texas Department of Criminal Justice website, the rules for the Offender Telephone System are as follows: available from 7 AM-10 PM, 15 minute time limit, and each offender has 240 minutes a month to use. All calls are subject to monitoring and recording, except for those calls between the offender and their lawyer. No calls are allowed to cell phones, internet services, 800 numbers, businesses, pay phones, or international numbers. The owner of the telephone number must be listed on offender’s Visitor’s List. Visitors can register their number by internet (texasprisonphone.com) or by telephone (866-806-7804). The person who receives the phone call from the offender must agree to not forward calls or make 3-way calls. It is interesting to note that the rules do not specially list putting a call on speaker phone as a violation.
END_OF_DOCUMENT_TOKEN_TO_BE_REPLACED

A local man’s hung jury trial highlights that children are more than capable of making false accusations of sexual abuse. San Antonio, Texas resident Vaughn Ernesto Manibog was accused by a 13-year-old of inappropriately touching her after supplying her with cocaine and alcohol. During the trial, the defense attorney provided evidence that the teen bragged about the allegations on her MySpace page. In addition, Manibog had an alibi for the weekend that the alleged abuse took place. The girl’s brother is currently serving probation for falsely accusing a teacher of sexual assault. Manibog’s case ended in a mistrial. The judge in this case also allowed another alleged victim to testify, although Mr. Manibog was not indicted on charges against her.

This is neither an isolated incident nor a strictly local occurrence. All over the nation, more and more people are facing false accusations of sexual misconduct against children. In May of this year felony molesting charges against a Pensacola, FL, music teacher were dropped when a Child Protection Team determined that the 10-year-old accuser made up the story. According to a statement by the accused, he expressed dismay over the fact that nobody believed him, even with the lack of evidence. More recently, a couple in Orange County, NY, filed a suit against the county and the local school district over false child abuse accusations. Their lawsuit is a rare event in the face of false allegations.
END_OF_DOCUMENT_TOKEN_TO_BE_REPLACED