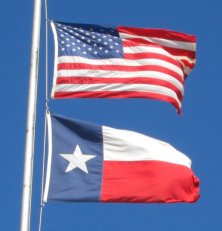 Texas’ execution of Marvin Wilson raises the issue of whether this state violated the Eighth Amendment’s prohibition of cruel and unusual punishment. In the United States of America it is illegal and immoral to execute a child. But, the line between right and wrong blurs when the execution of a man with the intelligence of a child is in question. The execution of Marvin Wilson, whose mental capabilities was that of a seven-year-old, is a gross miscarriage of justice. The Eighth Amendment of the US Constitution states that “excessive bail shall not be required, nor excessive fines imposed, nor cruel and unusual punishments inflicted.” Texas has effectively slapped the Eighth Amendment in the face.

Marvin Wilson, 54, was executed in Huntsville, TX, on Tuesday, August 7, 2012. Wilson was convicted in 1992 for the shooting of 21-year-old Jerry Robert Williams in Beaumont, TX. Wilson was sentenced to death for the murder of Williams, even though the prosecution had no forensic evidence and failed to find any eyewitnesses to the actual shooting. Wilson was tried in the District Court of Jefferson County and entered death row on May 9, 1992. Wilson filed on March 3, 2006, with the US Court of Appeals Fifth Circuit.

Williams was a police informant when he was killed on November 10, 1992. Wilson had been arrested for drug possession and out on bond when Williams was murdered. Andrew Lewis was Wilson’s accomplice, and witnesses claimed they saw Wilson and Lewis drive away from a gas station with Williams in the car. Williams was later found with gun shots in his head.

Wilson’s conviction was based on the testimony of Lewis’ wife, who testified that Wilson admitted to her that he shot Williams. There were no witnesses to the shooting and no forensic evidence to prove without Wilson fired the gun.

The average IQ is generally around 100, with most people falling within the 85-114 range. The minimum standard for competency is 70, which means anything below that is intellectually disabled. An expert in the field of mental health testified that Wilson’s IQ was 61, about the same mental capacity of a first grader and well within the range for retardation. The expert who examined Wilson was a court appointed doctor and the prosecution did not even try to disprove the doctor. Even though the argument in the lower courts was that the IQ test administered to Wilson was faulty, another test was never ordered. The prosecution presented no evidence that was Wilson was not retarded – they simply stated that his past criminal activities proved that he was not retarded.

Probably the most disturbing aspect in regards to Wilson’s fight against his execution was the prosecution’s argument during the Supreme Court hearing. Citing John Steinbeck’s “Of Mice and Men”, the lawyers used fictional characters to reinforce false stereotypes of mental retardation. Lead defense attorney Lee Kovarsky expressed his disappointed in Texas’ use of “unscientific guidelines”. The consequences of Texas’ actions (and the Supreme Courts’ lack thereof) will be dramatic. It appears that Texas courts are interpreting the United States Supreme Court rulings to fit their own agendas.