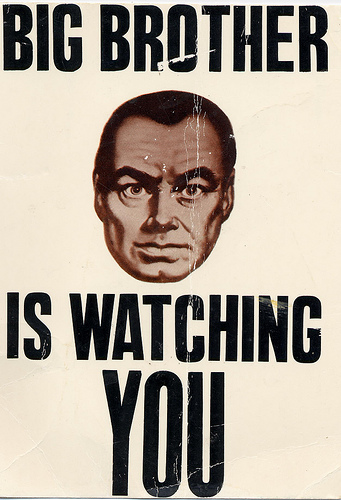 The United States Supreme Court will hear arguments on Tuesday, November 8, 2011, for the case of U.S. vs. Jones. In 2005, police in Maryland attached a GPS device to Antoine Jones’ car. They tracked his every move 24-hours a day, seven days a week, for four weeks. All of this was done without a warrant and without his consent. Based on information gained from this warrantless GPS tracking, Jones was sentenced to life in prison on drug charges. The D.C. Court of Appeals overturned the conviction and ruled that the constant GPS tracking violated Jones’ Fourth Amendment rights.

The Supreme Court must now answer the questions: (1) Whether the warrantless use of a tracking device on petitioner’s vehicle to monitor its movements on public streets violated the Fourth Amendment; and (2) whether the government violated respondent’s Fourth Amendment rights by installing the GPS tracking device on his vehicle without a valid warrant and without his consent.

The Fourth Amendment to the United States Constitution states that the right of the people to be secure in their persons, houses, papers, and effects, against unreasonable searches and seizures, shall not be violated, and no Warrants shall issue, but upon probable cause, supported by Oath or affirmation, and particularly describing the place to be searched, and the persons or things to be seized. The Founding Fathers could not, obviously, anticipate such technology as GPS devices and cell phones, but the amendments must evolve and adapt to maintain the Constitutional integrity and original intent of the document. And San Antonio residents, as citizens of the United States, justifiably expect the three branches of government to maintain a political system where it adheres to limits in power and endeavors to uphold reason, common sense, and individuality.

Are the measures the government employs to catch the bad guys restricting the basic freedoms that San Antonians take for granted? When the government and its acting bodies are allowed to regulate unchecked, we run the risk of living in a world that weakens our pride, damages our liberty, and distorts our equality. Are we willing, as citizens of Bexar County, to sacrifice our freedoms in the face of so-called security? People are expected to turn a blind eye to the repression of civil liberties and Constitutional guarantees for the supposed greater good. Are Texans implying consent to have our movements tracked and monitored simply by driving our cars on public roads? American citizens live under an expectation of privacy and those who possess positions of governmental power do so because of our consent.

Is the warrantless GPS monitoring of an American citizen one step closer to the all-powerful “Big Brother” society that constantly supervises its populace? In George Orwell’s book Nineteen Eighty-Four, the characters are under constant surveillance by a controlling minority. Their thoughts, words and actions are harshly restricted through continual observation and ruthless punishments. This invasion of privacy is justified by the ruling dictatorship to keep the peace, harmony, and hope – noble causes that do not actually exist. U.S. vs. Jones really sheds light on the cultural conditioning that the government exerts in order to control the lives of its citizens.

Throughout history, scholars have warned that the control of absolute power tends to corrupt those powerful individuals who possess it. Texans have always loved, and fought fiercely, for our freedoms. It is time to educate ourselves and stand up for the American way.

Criminal defense attorney Dayna L. Jones works hard to ensure that her clients’ constitutional rights are not violated. Contact us at (210) 255-8525 to schedule an appointment with the attorney. Calls are answered 24 hours a day, 7 days per week.