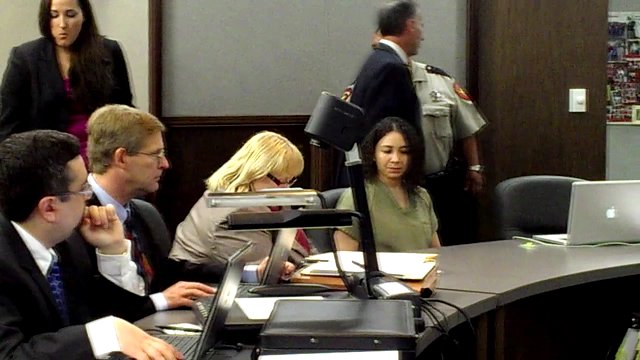 In the first part of our Hannah Overton blog, we reviewed the facts of her 2007 capital murder trial and the procedural aspects of the case that placed her back in court. She was found guilty by omission in the poisoning death of 4-year-old Andrew Burd and sentenced to life in prison without the possibility of parole.

While it is true that Overton was tried in a court of law by her peers, there is a question of whether a miscarriage of justice occurred. In February of this year the Texas Court of Criminal Appeals decided that a hearing needed to be held to determine if Overton got a fair trial. On Monday, April 23, an evidentiary hearing began to determine if there is enough evidence to grant Overton a new trial, to allow her to go free, or if the decision stands. Her criminal defense lawyers are arguing key points: the prosecutors failed to turn over favorable evidence to the defense, she had ineffective counsel during the trial and that she was not convicted on reliable science. Judge Jose Longoria of the 214th State District heard statements for six days and now has one month to send his recommendation to the Court of Criminal Appeals.

There were many people who were called to testify during the hearing. Attorney David Jones told the court that he was sorry for the way he handled the original trial. During questioning in the hearing he broke down in tears and stated that there was more that he could have done for his client. Jones stated that he did not review a videotaped deposition of the world’s leading expert on sodium intoxication before the defense decided not to use the video before the jury. He said that this video proves that Hannah was innocent.

Former lead prosecutor Sandra Eastwood admitted that she had been taking diet pills and was drinking alcoholic during the trial. She testified that she was an alcoholic. During the hearing she said that she cannot recall certain details of the trial, but she was adamant that she did not withhold evidence. Eastwood was fired in April 2010 from the district attorney’s office on charges unrelated to the Overton trial. In addition, Anna Jimenez, who was appointed as District Attorney of Nueces County after the Overton trial and who sat second chair during the trial, claimed that Overton should not have been tried for capital murder and she recounted how she repeatedly went to her bosses during the trial to complain of Eastwood’s unethical behavior.

Dr. Ray Fernandez, the Nueces County Medical Examiner, also took the stand last week. Fernandez had been the person who ruled the death a homicide. He has said that he will review any and all new evidence, and may change the cause of death if it is warranted.
Local pediatrician Dr. Edgar Cortes saw Andrew twice in the months before Andrew’s death. He testified that he had told Eastwood that he believed the boy’s death was an accident. He also had information that this child was not a normal child and that he had cognitive delays and other problems. The state during the trial painted young Andrew as a normal, healthy child.

Dr. Michael Moritz, an expert in sodium poisoning, testified that he believes that Andrew was not intentionally poisoned. Furthermore, he stated that Andrew would have died no matter what time he got to the hospital.

Keep in mind, Overton was not found guilty of intentionally murdering her foster son; she was convicted of not seeking medical care in time. Despite the fact that Overton and her husband took Andrew to an urgent care facility about an hour-and-a-half after he first started exhibiting signs of illness. Overton’s husband, Larry, was sentenced to five years of deferred adjudication probation and had to pay a $5,000 fine.

If you or a loved one has been accused or already convicted of a crime, contact the Law Office of Dayna L. Jones at (210) 255-8525 to schedule an appointment with the attorney. Calls are answered 24 hours a day, 7 days per week.