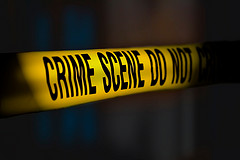 On Thursday, July 7, 2011, the state of Texas executed Mexican National Humberto Leal Garcia Jr. for the May 21, 1994, rape and murder of San Antonio native Adria Sauceda. Garcia had been tried in Bexar County, Texas and received a First Degree conviction. Garcia’s case received international attention because he was denied his right to speak to the Mexican consulate. At the time of his arrest, Garcia did not reveal that he was a Mexican national and the issue of his nationality was never raised during the trial by his court-appointed attorney. As such, Garcia was not informed of his right to contact the Mexican consulate under the Vienna Convention. The Obama admininstration objected to Garcia’s execution arguing that it did not follow international law and could effect the rights of American’s who travel abroad.

The Vienna Convention on Consular Relations of 1963 is an international treaty that outlines the legal rights between countries. The consulate works at an embassy in a foreign country. One of their main functions is to protect the interests of their countrymen in the foreign country. Under Article 36, a foreign national is to be informed “without delay” of their right to contact their embassy and consulate if they are arrested. But, in Garcia’s case he was denied this important right and he paid the ultimate penalty with his life. President John F. Kennedy once said: “For our nation is founded on the principle that observance of the law is the eternal safeguard of liberty – and defiance of the law is the surest path to tyranny.” –President John F. Kennedy, Speech on Civil Rights, September 30, 1962 . With the execution of a man in the United States who was denied one right, we have failed our system of justice.

It is no secret that almost every year Texas sits at the top of the list for executing more prisoners than any other state. Governor Rick Perry has cautioned that “…if you commit the most heinous of crimes in Texas, you can expect to face the ultimate penalty under our laws.” Statement from Governor Rick Perry’s office.
END_OF_DOCUMENT_TOKEN_TO_BE_REPLACED