On October 30, 2013, the Texas Court of Criminal Appeals held that Texas Penal Code §33.021(b) was unconstitutionally overbroad. The Court ruled that the language in subsection (b) is language that is either already criminalized in another penal code section or is constitutionally protected free speech.  Ex parte Lo, 424 S.W.3d 10, 20 (Tex. Crim. App. 2013), re 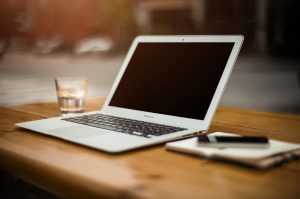 Only subsection (b) of Texas Penal Code §33.021 was held unconstitutional and the remaining portions of the statute remain criminal offenses. But, if you were convicted under subsection (b), you may be eligible to have your conviction overturned by filing a writ of habeas corpus. The Court of Criminal Appeals has held that a penal code section that is declared unconstitutional renders convictions under that particular section void and “a person convicted under a statute later declared to be void is entitled to relief when he raises that claim for the first time in a writ of habeas corpus.” Ex Parte Chance, 439 S.W.3d 918, 921 (Tex.Crim.App.,2014) (Cochran, J. concurring).

If you were charged with an offense under this section and received deferred adjudication,  regular probation, or you served time in the Texas Department of Criminal Justice, you will want to contact a lawyer to determine whether you can have your case heard. Having an Online Solicitation of a Minor charge on your record can have devastating effects. Along with the stigma associated with such a charge, you most likely have been registering as a sex offender. If you, a friend, or loved one have already been convicted of online solicitation of a minor, contact the Law Office of Dayna L. Jones today to see if you are eligible to have your case overturned.